What is Optical Character Recognition (OCR) and How does it Work? 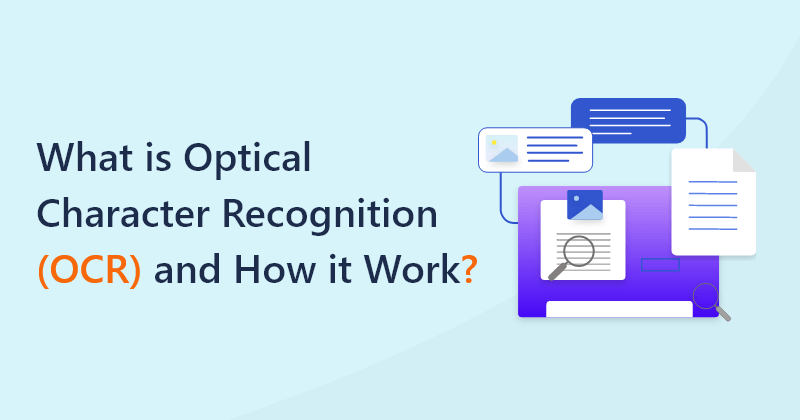 Thanks to the OCR, the most cherished dream of human-machine interaction have come true.

It had been a disconcerting exercise to convert hand-written text into digital characters before the arrival of OCR.

Optical character recognition has dealt a mighty blow to the never-ending and strenuous task of copying and transporting texts to different locations.

Moreover, people are using this technology for new purposes you may have never seen before.

OCR is a technology that scans different types of format like Images, PDF files, text files, word or excel; e.g and transforms them into a digital form that can be edited multiple times.

Humans have an inherent ability to speak and language is their birth-right.

You may have seen a newborn child uttering unintelligible sounds but you surely haven’t seen any child jotting down a well-knitted poem or play like Shelly or Shakespeare.

However, humans have learned and developed it with great precision that it now comes naturally to them.

At first, writing was meant to track down large chunks of information and interact with other humans. Now, we can communicate with machines, or in fact, machines can understand our text due to OCR.

The history of OCR though starts in the early 19th century, is connected with the human endeavor of writing and transferring text to different mediums.

However, we will discuss its modern history here.

There are several common techniques used in OCR technology.

However, before its operation, you have to teach the device about different patterns of characters. It is just like teaching a baby how to write, but the image to text tool learns in a short time.

You have to show different classes of characters to the machine. These classes are alphabets, numbers, and punctuation.

After a considerable time, the device starts to recognize characters and creates prototypes of each class. This whole process is called the machine learning phase. After the OCR tool gets trained, it is ready to use.

When you enter a printed or hand-written text, it performs the following functions.

Scanning is an integral and the foremost step in character recognition. The tool contains optical scanners that take up the text and scans its image.

It involves thresholding in which the text is converted into a bi-color document, that is, the characters are converted black with a white background.

Thresholding is an optimization process and its purpose is to reduce memory and computation.

Your document may contain different types of content and you have to specify what you want to convert to digital form.

For this purpose, characters are first located individually and then separated from others. The main reason behind segmentation is to distinguish text from other graphics or non-required numbers.

Your scanned image may contain noise which results in disturbed, broken, and a half removed characters.

Preprocessing not only removes noises but also does filling, reducing, and normalization.

The filling is done to add fat to the characters, reducing removes extra color in the fonts, and normalization refers to develop the font to a standard size.

The tool breaks down the text into different parts depending upon explicit and implicit segmentation.

This breaking down helps the machine to understand and sort out the text according to specific logic.

After segmentation, the program represents the image for feature extraction. To avoid calculations, the image of the text is represented in ab very simple form. Often, a bi-color image suits the representation format.

However, different techniques are used to optimize the image representation.

Being one of the most difficult stages, it deals with extracting features of different classes. The whole text is divided according to the noise, deformation, and use of the characters. Thats why OCR used in your daily life working like in your office, school, university e.g.

After optimizing the text, it is classified into different classes because at this stage a clear and compact image is obtained.

In the last stages, the text is recognized and converted into editable and digital form inside the computer or any other smart device.

Technology and time have a peculiar relationship. Every new tech brings an evolution in time and time creates people who invent novel technologies. So they both are interlinked and affect each other's nature.

OCR is today’s technology and it has drastically changed our life by automating the tasks that took years to do.

By using the OCR tool, you can parse data from handwritten or printed text and change that data as many times as you can.

Moreover, it has furnished some fabulous uses such as, data entry, image scanning identification, creating databases, and security. 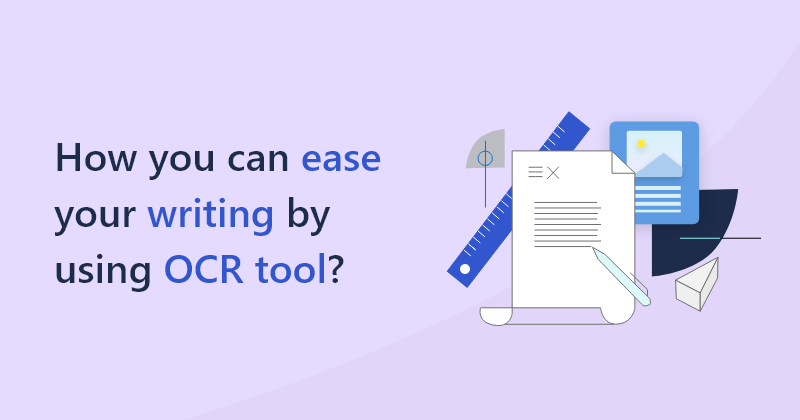 How you can Ease your writing by using the OCR tool?

What is Optical Character Recognition (OCR) and How does it Work? 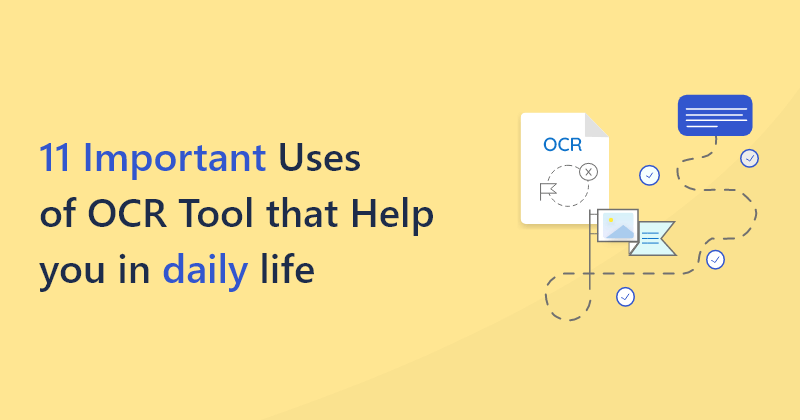